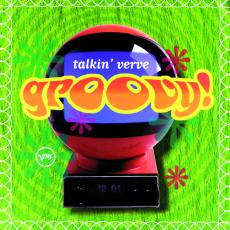 The rise of rock over the course of the '60s seemed to threaten to, and in fact by the end of the decade did, displace the mainstream of American pop.  From the '20s through the '50s, if I have this right, that mainstream had been a course defined, broadly, by jazz.  Pop singers like Sinatra had roots in jazz, and sang in a style that drew its rhythmic pulse and melodic impulse from jazz.  Popular music in America in this period swung, to a greater or lesser degree.  Jazz therefore had a natural "in" with pop, because it shared this basis in swing;  jazz was therefore able to enrich its repertoire with pop music, because the pop music of the period was so influenced by jazz.  The mutually-reinforcing cult of the "standard," right?  Pop music lent legitimacy by its adoption into the jazz world, which also legitimized jazz by situating it in close proximity to "standard" pop songcraft.  Tin Pan Alley and 52nd Street shake hands and both agree that each other was the shiznit.

In the '60s (started in the '50s, but didn't hit until later), mainstream pop stopped swinging and started rocking.  We're not just talking the British Invasion, either:  Motown's beat wasn't a jazz beat.  Stax's beat wasn't a jazz beat.  And jazz suddenly found itself in danger of becoming superannuated.  Its standards were sounding old-fashioned.

There were lots of ways of phrasing the questions raised by this.  Could jazz appropriate contemporary pop songs like it had "standards"?  Could Lennon/McCartney and Jagger/Richards tunes, or Holland/Dozier/Holland or Hayes/Porter songs, be jazzed up the way Rodgers/Hart or Cole Porter songs could? Could attempts at doing that result in serious music, or only kitsch?  Was jazz as a musical idea separable from the swing beat?  Could jazz continue to evolve?  Was rock intrinsically nothing but greasy kid stuff played by "non-playing motherfuckers" (in Miles Davis's inimitable characterization), or was there something there?

Verve, as we've seen, was already all about what the Village Voice would later (probably more retrospectively than it knew) call "pazz & jop".  So it was natural that the label would at least be willing to experiment with the New Rock, at jazzifying it, or at rockifying jazz - natural that the label would be in the forefront of that effort, which would have been perceived as an imperative by artists for every label.  So the question this set should be asking is, how did Verve do it?  And how well did Verve do it?

The problem is, I don't think the compilers were interested in answering any of those questions seriously, or in examining how the artists they're dealing with tried to answer them.  Because most of what's here is just here for a laugh, and the things that actually work, musically, that inspire grooving rather than goofing, work in ways that go unexplained by this compilation.

The compilation draws from a surprisingly small number of records released between 1965 and 1971 on the Verve, Mercury, MGM, and MPS labels.  Over a third of it is made of Jimmy Smith and Wes Montgomery selections, which makes sense, given how close those gentlemen stayed to pop in their Verve years, but these selections don't provide any revelations (except possibly for pointing out how bad a singer Smith was - he vocalizes on "Dock Of The Bay," and you wish he hadn't).  Add in a trio of Quincy Jones numbers and a pair of Willie Bobos, and over half of this disc is both literally and conceptually redundant with other items in this series.  Okay, fair enough, they probably didn't expect anybody to be so dumb as to get all the volumes...but some of the other cuts on here are good enough to make you wish the compilers had looked a little harder, thought a little bit more seriously about what they were doing.

The most ear-opening numbers are three tracks from the atrociously-titled Blood, Chet And Tears, a 1970 record that was Chet Baker's only outing for Verve.  We get "Vehicle," "Evil Ways," and "Spinning Wheel."  These work for much the same reason that Astrud Gilberto's take on Chicago's "Beginnings" works:  they draw from the most jazziest strain of contemporary rock, and they take it seriously.  Chet's playing well, the arrangements are forceful (very close to the originals, though), and you don't get the feeling that anybody involved is looking down their nose at the songs.

Which they wouldn't have necessarily had to do...  I'm no expert on any of this stuff, and I haven't yet started to seriously explore fusion (the elephant in this particular room), but it seems to me that a lot of the problem with the way jazz artists dealt with the rock threat stemmed from a general unwillingness.  Like, there were enough kids in rock bands in 1970 who listened to jazz, and who really wanted to expand their own music, that you could have imagined a serious rapprochement.  But instead most artists and producers seem to have taken an attitude of, "Shit, do we have to play this rock shit?  Okay, let's get it over with.  What're the kids listening to?  Beatles?  Rolling Stones?  'Tequila'?"  And then they just dash off whatever Stones title is selling best at that particular moment.  Instead of taking the time to realize that artists like Santana, Chicago, the Allman Brothers, King Crimson, and yes the Grateful Dead were thinking seriously about how to bring elements of a jazz sensibility into a rock context, and meeting them halfway.  (To this day, Santana's early '70s records get treated as "rock," and not jazz.  Why is that?)

Then again, sometimes the least serious intentions can still result in great music.  Oscar Peterson, in a quartet also featuring Ray Brown and Milt Jackson, provides a rendition of the Stones' "Satisfaction" that clearly doesn't take the tune at all seriously, but it's a complete gas.  Everybody solos at breakneck speed and within about thirty seconds you forget what tune you're listening to and just dig the improv.  Which is what tended to happen to standards anyway.  So.
Posted by Tanuki at 1:38 PM 2 comments: 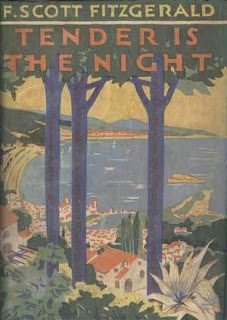 Where do you go after Gatsby?  I went where Fitzgerald went, and frankly part of me wishes I hadn't;  Tender is the Night is such a different book, so much sadder.  More than anything it made me want to rush back and read his earlier, lighter things.  Flappers and Philosophers is next.

Other than that, I can't figure out how I feel about it.  Conventionally, probably.  I mean, I expect most everybody feels that the opening chapters, when we see the Gausse's crowd through Rosemary's eyes, gradually leading up to her/our encounters with Dick and Nicole Diver, are the most memorable. And it's no coincidence that those are the most Gatsby-like chapters, full of rich and beautiful people doing things that only rich and beautiful people can.

Once we start to see life from Dick and Nicole's perspective, they lose a lot of their appeal.  Which is, of course, part of Fitzgerald's brilliance in this book:  he's destroying their glamor for us, by showing us the insecurities and instabilities that lie behind it.

But that's not quite right, because if he had effectively destroyed their glamor for me, wouldn't I remember the opening scenes a little less fondly?  And yet a passage like this one floors me still (p. 21 of the Scribner paperback):


Simultaneously the whole party moved toward the water, supper-ready from the long, forced inaction, passing from the heat to the cool with the gourmandise of a tingling curry eaten with chilled white wine.  The Divers' day was spaced like the day of the older civilizations to yield the utmost from the materials at hand, and to give all the transitions their full value...

I mean, no matter how much skepticism Fitzgerald turns toward this kind of luxurious living, it's still what he's best at describing.  Maybe he's good at it because he's skeptical of it, but as Greil Marcus once wrote about somebody else in a different context, I think Fitzgerald's attitude toward it is a loud yes and a quiet no, rather than the other way around...

In that passage I love, by the way, how he translates all of the Divers' pleasure-taking into foodie terms.  They consume their days with the discernment and deliberation of a gourmet.

There's another metaphor he uses for it, at least twice, that of curating.  On p. 258, describing the Divers moving back to the Riviera and the obscene number of possessions they take with them, he notes that "Nicole was capable of being curator of it all."  And then he proceeds to list them all.

You see this term popping up these days, too.  I don't know if Fitzgerald invented this usage, but it's a brilliant one in his book, because it perfectly captures the self-absorption of the hedonist who in his/her mind gives his/her material indulgences the dignity of scholarly or aesthetic pursuits.  That is, there are certain objects, and certain collections of objects, and certain settings for those collections, that require and deserve the kind of discernment and care that justify the term "curator" - but your luggage ain't it.  Your iTunes playlist ain't it.  Your spice rack ain't it.