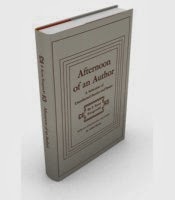 Another posthumous collection, this one from 1957.  Which puts it after The Crack-Up and before Bits of Paradise.  And like The Crack-Up, it's a bit of a miscellany.  It's more or less evenly split between short stories and essays, but instead of being split into a section of "Essays" and one of "Stories," it's split into four sequential Parts meant to encapsulate four distinct phases of his career, with the essays and stories chosen to do that as well as possible from the theretofore-uncollected stuff.  I guess that was the plan, although the short stories included here are for the most part much weaker than those in Bits of Paradise;  these weren't the best of the theretofore-uncollected stuff.  Maybe just the best of what Arthur Mizener could arrange reprint rights for.

Anyway, I don't feel that the chronological arrangement works all that well because the stories and essays don't sit that well together.  Mizener argues that they do, that they bleed into one another, but I don't agree;  it's pretty easy to tell what's a personal essay and what's fiction with Fitzgerald.  I think what we have here is another example of how the personal essay was undervalued as a literary form in mid-20th century America:  to get these pieces taken seriously Mizener has to stress how close they are to his fiction.  They're not.  They're better.

Take "Who's Who - and Why," for example.  It's a very early (1920) account of his rise to fame, and it's exquisite in its mixture of justified pride and failed false humility, breathless excitement at what he's achieved and quixotic frustration that he hasn't gotten more, more, more, even at his young age.  It's a literary author speaking from within celebrity culture, at an age when he's young enough not to know the difference but old enough to know that he should.

Or take the nifty pair of essays "How to Live on $36,000 a Year" and "How to Live on Practically Nothing a Year."  Fitzgerald's great theme was money, if only he knew it.  Not class, not pride, not lost illusion, but money.  (That's why they call it money.)   And these essays perfectly capture why.  When you've got it, you can't help but spend it.  When you don't have it, you can't help but spend it.  You have to spend money to make money.  Nothing's as expensive as poverty.  It's all true.  And he captures it all so well that you can't hate his materialism.  It's so honest, so honestly American.  That's his theme.
Posted by Tanuki at 8:22 PM No comments: