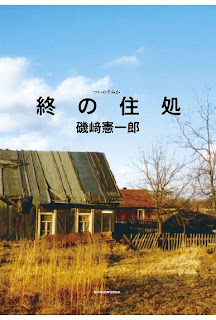 I have a review of the latest Akutagawa Prize winner up at Néojaponisme. By "latest" I mean the one announced last summer, for early 2009. The prize announced in January, for late 2009, went to nobody - that is, for the first time in quite a few years they decided nobody was worthy of it. So despite having lost quite a bit of steam in my A-Prize project, because of the kind harshness of the judges, I haven't fallen behind...

I didn't like this one. But read the review. Give Néo-J some love.
Posted by Tanuki at 8:14 AM 1 comment: 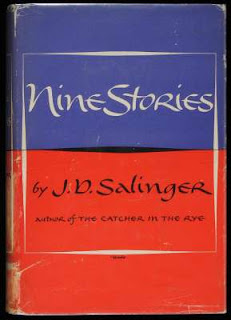 I'd read this one before, too, but not in high school. I read this and Franny and Zooey about twelve years ago, in my late twenties, in Japan; in, I believe, Japanese editions for students of English (i.e., the English texts with Japanese endnotes). Cheaper than buying the imported American editions.

At that time what struck me most was the style. It had been over ten years since I'd read Catcher, and in the interim I'd started to appreciate things like style; plus I was in Japan, and living in a foreign language always heightens my appreciation for good English. For some reason I don't remember I picked up Salinger then, and was blown away (is how I remember it) by his facility with the language, his ability to create such precise and delicate effects with words.

"Rainy days, I generally sat in a dry place and read a book, often just an axe length away from a ping-pong table" ("For Esmé - with Love and Squalor," p. 88).

"Very probably, it was not part of the sofa vaudeville of a showoff but, rather, the private, exposed achievement of a young man who, at one time or another, might have tried shaving himself left-handed" ("Just Before the War with the Eskimos," p. 47).

"As the Dufarges came into range, he suddenly raised his face, gave a terrible laugh, and neatly, even fastidiously, regurgitated all four bullets" ("The Laughing Man," p. 72).


The deft revelation of emotion, the elegant dissection of character, the richly comic juxtaposition of word-images. This is a master at work.

This time, in addition to all that, what I loved about Nine Stories was how coherent a whole it is. I don't know if noticed last time how most of the stories involve children, or traumatized veterans, or both. Put like that it's the old Blakean mystery, innocence and experience. Innocence in Salinger being sometimes just that, a childish purity (as in "Bananafish"), but often being something else, intellectual precociousness ("Down at the Dinghy," "For Esmé," "Teddy") that brings with it a too-soon awareness of how the world threatens innocence. And once ("Teddy") it's a spiritual innocence in the face of vast knowledge. And experience? That's never good: experience of the war is equated with destruction of the self, with crippling of the emotions and death-in-life, if not death itself. That's why "A Perfect Day for Bananafish" is the perfect story to begin the collection, because it's all there in Seymour's encounter with Sybil (an oracle, no? just like Teddy McArdle, who ends the collection).
Posted by Tanuki at 9:10 AM No comments: