The Jazz Loft Project at the University of Arizona

Was down in Tucson visiting family last week, and we went to check out the Center for Creative Photography at the University of Arizona.  It is, from all available evidence, a pretty awesome thing, a world-class collection of art photography, housed in a big dedicated facility at UA.  The tragedy is that they have no permanent/rotating exhibit of their own stuff.  At least not on-site.  There's a room at the University of Phoenix that always features CCP holdings.  But that's in Phoenix.  An hour and a half away (on desert highways with psychotic drivers).

So at the CCP you're only going to see whatever traveling exhibit they're hosting at the moment.  Right now that's fine, though, because they're hosting a selection of images and sounds from The Jazz Loft Project.

For those who don't know, the Jazz Loft Project is located at Duke, with UA collaboration.  It's devoted to the work of photographer W. Eugene Smith, who worked for Life before (in true mock-heroic Beatnik fashion) leaving his wife and kids to hole up in a loft on 6th Ave in NYC, where he let jazz musicians jam, artists and other bohemian types hang out, and his own talent flourish.  Between '57 and '65 he shot endless rolls of film (okay, 1447 is the official count), and also recorded, on reel-to-reel, a lot of the jazz.

(This was all evidently a thing back in 2009, when the project was opened and a book published and a radio series aired and everything.  Being an inveterate non-listener of NPR, I missed it.  So it was pretty awesome to learn all this, as if by accident, last week in Tucson.)

The exhibit in Tucson consists of selections from the photos, with selections from the tapes playing in the background, along with some realia - a tape deck, etc.  It's a very well thought out exhibit, split more or less evenly between what seem to have been the two directions in which Smith's lens was pointed:  in and out.

"In" was, of course, the scene inside the loft, jazz musicians working on their art, as well as scattered hangers-on who happen to cross into the visual field.  The photos on display are chosen very carefully, it seems;  they mostly focus on Thelonious Monk and a large band he was rehearsing, in the loft, for major concert appearances.  It was a little disappointing not to see a wider variety of musicians, but it was also really interesting to see this band, and Monk in particular, in so many different, often casual, situations.  Making music, getting ready to make music, talking about making music, coming down from making music.  As a jazz lover, this was heaven.

"Out" was the world outside the loft, as seen from its windows.  The idea reminded me of the guy in Smoke who photographed the intersection in front of his shop every day, to track the change;  for all I know this is where Auster got the idea.  Smith gives us street views from above, people crossing the street, getting in and out of cabs, shopping at the florist's across the street, buying cigs at the luncheonette, talking about things the photographer can't hear, aging, playing in snow, pushing racks of dry cleaning, etc.:  totally mundane acts of city life.  If that was all they showed, they'd still be interesting from a documentary (and aesthetic:  some are quite striking compositionally or texturally) perspective.  But perspective is precisely what's fascinating about them:  since they're all shot from the loft windows, looking down, and sometimes are even framed by the windowsill or the fire escape he's looking through, you're constantly reminded of the separation between loft-dweller and community member.  You're forced to inhabit the point of view of the Man Underground (even if in this case he's above street level), experiencing ecstasies and debaucheries beyond society's understanding, gazing with detachment and perhaps muted adoration on the straight world below.  And once in a while he raises his eyes and catches a long shot of twilight traffic in the rain, and it's beautiful.

Really worth seeing.
Posted by Tanuki at 9:15 AM No comments: 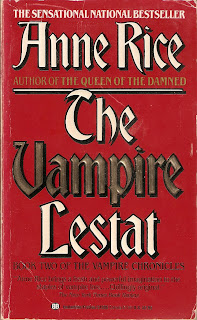 Well, Rice knew what she needed to do in order to make a series out of this.  She didn't quite turn Louis into a liar or a fool, but almost.  And she turned Lestat into an incurable optimist, someone with an unquenchable lust for life (in every sense), someone utterly immune to the kind of existential despair that Louis was created to express.  In short, she contradicts everything that we learn through Louis, and by couching in a very different, but just as fully-realized, point of view, she makes us buy it.

Or almost - I confess I had a harder time connecting the dots between the various stages of Lestat's mental adjustment to vampirism than I did with Louis's.  Or maybe it's just that she doesn't try quite as hard with this one.  After all, not all of the novel is given over to exploring and explaining Lestat's point of view;  in fact, his is established pretty early and never really varied.  Vast stretches of the book are given over to elucidating other points of view - Armand's and Marius's.  She's building a universe here, a fertile ground for sequels, rather than a character.

It took me a long time to get through this.  It lost intensity for me pretty quickly, and after it became clear that it wasn't really going to take on Lestat's affair with Louis in any sustained fashion, it lost a lot of interest for me as well.  I'm not hooked.

I'll confess, though, that it was hard for me to get through also because it was so dark.  I mean, what did I expect from a vampire book, right?  But when we got to Marius's tale about the ancientest of vampires, and we learn that all of mankind's old gods were bloodsuckers, and that vampirism itself is some kind of schizoid demonic possession...  Darkness, darkness.  I think I found my threshold for it.  I'm only a little ashamed to admit it.
Posted by Tanuki at 8:51 PM 4 comments:

Email ThisBlogThis!Share to TwitterShare to FacebookShare to Pinterest
Labels: books 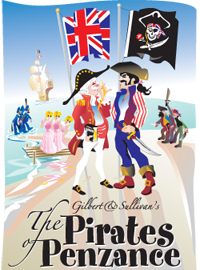 We went to the opera last night.  First time ever to an opera for either of us;  I'm pretty sure I've never even listened to one all the way through on disc.  This was, okay, a comic opera, but still it was an adventure.  I even wore a jacket and tie ("it's a bleedin' opera, innit?").

That in itself was an adventure.  This was the Eugene Opera, which I wasn't even aware of until last year.  But this is another one of those things that kind of amazes me about this town.  It has an opera company.  Only puts on a couple of productions a year, and I'm totally unqualified to judge the quality, but still.  We saw opera in Eugene last night.

It was The Pirates of Penzance.  Another thing we were unfamiliar with;  all I knew was the Major-General's Song, and that only as a parody.  But it was all charming.  I can see why so many people are so devoted to Gilbert & Sullivan. (For those keeping score at home, this production was modeled on the 1980 Central Park production - it had the Ruddigore interpolation and the M-G's Song reprise - but it had a full orchestra and none of the Disneyesqueries mentioned in the Wikipedia article.)

And it was a pretty cool way to spend a New Year's Eve.  I don't want to say that everyone who was anyone was there, but we did run into no fewer than three colleagues from school, and I'm sure there were more.  And many people were dressed to the nines.  Now, you have to understand that there's almost nothing in Oregon that you have to dress up for.  Khakis and a dress shirt suffice for almost any occasion;  I've only worn a tie three times since I've been here, and one of those times was a joke.  And, sure enough, I saw people in jeans last night, and at least one guy in a tie-dye shirt.  It was Eugene.  But there were also men in tails, a fellow in a tuxedo-and-kilt getup, women in fur stoles, evening gowns, and jewelry.  Like, people were going to do it right, and have a little fun while they were at it.

So happy new year, everybody.  Let's try not to hurt anybody this year.
Posted by Tanuki at 3:24 PM No comments:

Email ThisBlogThis!Share to TwitterShare to FacebookShare to Pinterest
Labels: theater 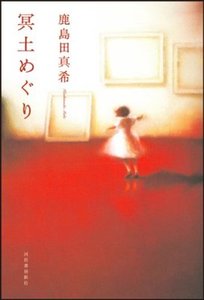